When you think of vaping, you probably think of high-tech electronic pieces with advanced features like LED displays, puff counters and downloadable ringtones.

The mechanical mods will have none of that fluff!

We are putting you to the test to view the latest and greatest mechanical mod vapes and decide yourself and tell us which one you think is the best new mechanical mods.

It’s all metal and batteries here, but just in case you’re interested in finding a top notch vape mod, we have a guide for that as well!

If you’ve been part of Team Vapor for a little while now, you’ve probably seen those eye-catching yet decidedly low-tech mech mods gleaming in the hands of a shop employee or two and wondered what makes them so great.

What Makes Mechanical Mods So Great? 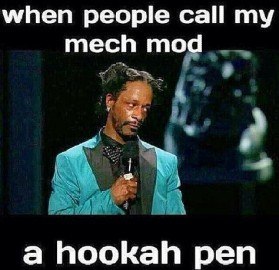 Appreciating the advantages of mechanical vape mods offers start with understanding what they are in the first place.

Mechanical Mods are a remarkably simple device essentially consisting of a battery, a connection point for an atomizer, and a firing switch that completes the electrical circuit.

This gets all wrapped in a metal tube of varying fanciness. It is the most simple of electrical circuits.

This simple design with no electronic components and minimal points of failure means unrivaled reliability and durability.

If something ever goes wrong with your vape mechanical mod, you know it’s one of a very short list of things…good luck divining the major malfunction of anything that depends on a circuit board once it’s in a bad mood.

For this reason, quality mech mods are treasured among their owners for their long life and near indestructibility with proper maintenance.

The user customization potential of mechanical mods also makes them a natural choice for those who like to experiment with builds and configurations.

Mech mods do not regulate the power of the battery, so they have no problem firing low-resistance coils and the voltage listed is what you get for vaping.

This unregulated battery setup also makes it easier to choose one that suits your usage level, as the life of the battery depends solely on its mAH rating.

Oh, and while we’re on the topic of regulation, an investment in a mechanical mod is one that might prove more valuable than usual if Big Tobacco gets its way.

The smoker stick cartel would love nothing better than to see the incomparably superior alternative to its products, known as vaping, relegated into obscurity with money and influence often on their side, it’s nice to know that batteries are unlikely to be banned any time soon.

What Am I Looking For in a Mech Mod?

Political implications aside, if you’ve read this far, you’re either interested in a cheap mech mod of your very own or just enjoyed a short presentation of why they are not for you.

If you’re part of the first group, you should know that the traits of  good mechanical mods for sale that are good conductivity (you do want to vape, don’t you?) and an easy to fire switch.

The mechanical vapes we’ve selected to spotlight in early 2015 combine these attributes with a dose of style to create devices with both functionality and panache.

Here we got time to find the best mech mod out there for you (Looking for a mech mod clone?)! Let’s check out the field shall we? 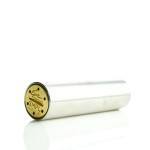 The SMPL Mod Epic Design emphasizes simplicity with its minimalistic form factor that is available in a number of color finishes as well as an attractive vintage look model.

It features a direct connection from battery to atomizer for excellent vapor quality and production as well as a “No Top Cap” design that eliminates extraneous components for the most efficient performance possible.

Coming to you from the vapesmiths at VLS comes this 99.99% pure Ragnarok full copper mod whose construction not only give it a distinctive look, but high-level performance.

It features an adjustable connection pin for max conductivity and a bottom-oriented firing pin built to be smooth for years.

Best of all, this finely crafted mechanical mod has a retail price tag of under $100, so getting a luxury mod doesn’t have to be too expensive.

This copper mechanical mod is truly one of a kind.

Copper mech mods could be the next “best mechanical mod”out there. Let’s see the rest of the competition before we go and get carried away here.

At the other end of the initial investment scale is the mechanical mod known only as “The Boss”, and this primo vape earns its title as a 26650 mod.

This features full brass construction at its core bolstered by silver plating at the upper and lower firing pins for stogie-style clouds and huge flavor.

Of course, all that is before we get to the exquisitely machined exterior of this 26650 mechanical mod, showing off beautiful engraving along with an individual serial number.

One look at The Boss and you’ll never want to keep it in the custom designed matching case, but it was nice of Cartel mods to include it. 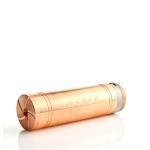 EHpro has another take on the copper mod concept, offering this beautifully engraved piece with contrasting accents to pump up the style factor on this polished piece.

The Seeker brings more than aesthetics to the table as well, adding high performance silver contact pins and a spring-loaded firing pin to its surprisingly capable profile. All at an affordable price. 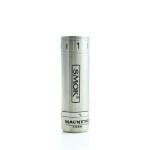 The Smoktech Magneto V3 is a continued homage to the legendary X-Men villain, the latest edition of the popular Smoktech Magneto line improves on previous editions with improved modular pin contacts.

The Maraxus Mod will surely be your pick out of a lineup from other mechanical mods.

As if a striking two-tone stainless steel and brass construction weren’t enough to sell it.

The elegant and distinctive Maraxus mod is the ideal choice for tinkerers featuring telescopic and collapsible construction.

On the performance side, the Maraxus features copper pins configured for high conductivity and an integrated venting system for better temperature regulation.

It’s tough to compete with the Maraxus Mechanical Mod but we have more competition to check out! 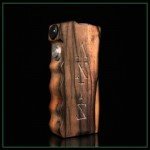 Looking for something a little different?

Look no further than the limited edition Axiz from Ante Meridiem.

This Mod plays on the low-tech nature of mechanical mods by rendering this piece in a handsome Filipino Teak. For being a Wooden box mod, it packs a punch.

The Axiz has an ergonomic pistol grip as well as a stainless steel firing button, and the rare imported wood which enrobes the exterior of this Wood Box Mod is sand-sealed and polyurethane coated for a long-lasting finish.

The Triton Vape Mod was created by the mad scientists at Dark Ronin Modz.

These were the minds behind this one-of-a-kind Triton Dual Box Mod featuring dual firing capabilities for use with two atomizers at once.

It features a cast aluminum body done in a sleek black and carbon fiber motif, and—wait, two atomizers at once?!

That’s right, the overwhelmingly obvious distinguishing characteristic of the Triton are its dual 510 connection points, which allows firing of two separate atomizers with every press of its engraved brass firing button.

This allows for effectively unlimited flavor combinations and build setups, as well as equally boundless latitude to show off your cool new box mod. 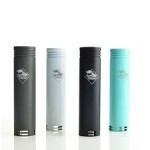 From Flawless, the originators of the Tugboat RDA, comes a mechanical mod which enjoys a similarly high reputation.

The Tugboat Mod is made from premium copper and features a hybrid connection for outstanding conductivity as well as Delrin insulators for stable performance and a ergonomically designed magnetic firing button.

Like its namesake, the Tug boat Mod has a combination of simplicity, utility and performance that continues to make it one of the most popular devices on the market.

The Tugboat Vape is making a name for itself!

Not Ready for Mech Mods?

So you’ve seen the list for the best mechanical mod vape, but you still aren’t sure if they’re for you. Don’t wanna spend your time looking for the best batteries for your tube?

Check out our full guide on box mods, which regulate voltage & wattage giving you a seamless experience when vaping.

When it comes to choosing from mechanical vape mods, the features and construction can make a substantial difference in performance, but in the end the best mod is the best mod for you.

Even the highest featured mechanical mod can be the wrong choice if you’re not in love with the look, and you should never be ashamed of letting a stunning look be the deciding factor when choosing among authentic mechanical mods.

Though there are certainly options on the market that are objectively superior to others, the fact is that the best mechanical mod is often as individualized as the fingerprints on it. Remember, safety first.