Are you lookin’ for the best wax pen of 2017? Of course you are! Wax pens are amazing.

They are the ultimate in convenience, portability, potency and stealth for those looking for an alternative to smoking cannabis (of which there are many).

Wax pens slip into a pocket and go anywhere you do, processing wax or shatter into tasty and semi-odorless cannavapor with all the potency of conventional consumption methods.

In case you’re late to the party, vaping weed/marijuana like with a dry herb vaporizer is much different from smoking it.

In fact, many of the health concerns traditionally associated with use of the plant come from smoking.

Instead, vaporization heats the wax or other product to a precise temperature, releasing its therapeutic essences while leaving behind by-products.

Vaporization presents many benefits over smoking, but like with anything else, quality equipment can make a world of difference in your experience.

We’ve tested quite a few of these around here, and so we thought compiling a list of the top models was a truly decent public service.

As another courtesy, here’s more on the cannabis conduit known as wax, just in case your local dispensary (if you have one) doesn’t stock it.

What is This Wax You Speak Of? 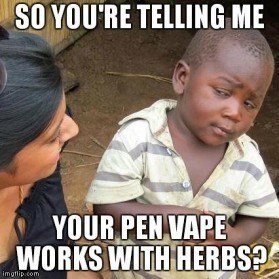 Cannabis wax products go by many names–shatter, wax, crumble, honey, sap—but the entire family of familiarities describe compounds called hydrocarbon extracts, or oils that contain concentrated levels of the active ingredients in the plant. Modern extraction methods yield an extraordinarily potent oil that can take a number of forms, and the oil can be used for vaping.

The differences between the various types of cannabis wax basically come down to factors in the processing method such as heat and pressure, but the end result is a cannabis concentrate with much more power than flowers.

Now that you’re all educated on the merits of cannabis wax, we’re sure you’ll want a capable vape to help you experience them for yourself, and these 10 models all brings something special to the table.

Snoop Dogg’s 3-in-1 G-Pen makes another appearance on one of our our top cannabis vape lists after garnering praise for its work as a dry herb vape.

This sleek and stylish piece is emblazoned with a map of Snoop’s Long Beach hometown and rubberized for added grip, so for under $100 at most vendors it’s hard to pass up for vapers looking for an all-around road buddy. 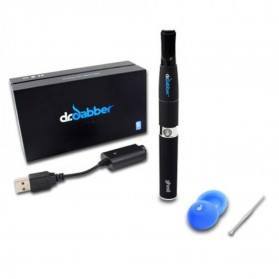 The Ghost from Dr. Dabber is engineered with a titanium coil for clean flavors and even heating during vaporization, eliminating burnt or metallic flavors from vapor for a more enjoyable puff.

This wax pen comes with a USB charger, a loading tool, and an extra atomizer for when you wear out the first on your world tour.

For vaping connoisseurs who love to let the character of their product shine through, the Ghost might be just what the doctor ordered.

The Pinnacle Pro by VaporBlunt

The Pinnacle Pro from Vapor Blunt relies on high temperatures to vaporize cannabis oil, and this powerful heating element also allows it to be used with dry herb cartridges.

The design of the Pinnacle Pro puts the heater closer to the inhalation end of the unit, so for ex-smokers who desire a throat hit, the Vaporblunt may be your machine.

The Cloud Pen is an exceptionally small pocket wax vape, measuring just 4 inches in height and 3/8 inches around.

The Cloud Pen is a great option for users on the go, reaching a full charge in just 30 minutes and featuring a pocket lock mechanism to ensure your supply isn’t accidentally vaped up by your house keys 15 seconds at a time.

The SkyCloud from KandyPens is another true 3-in-1 vape, handling dry herb and cannabis-infused eJuice as well as wax concentrates with ease thanks to its included attachments.

It’s not quite as good as a dedicated unit for each function, but with a solidly constructed body and some of the best options for versatility on the market, the KandyPens Sky Cloud is a good and reliable everyday option. 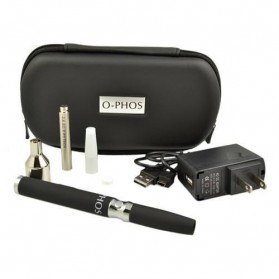 The O-Phos wax pen is another outstanding choice for the entry-level vaper, using a ceramic wicking system to absorb and vaporize your cannabis wax with a high quality titanium coil.

The O-Phos features a load-as-you-go design that makes refilling on the fly much easier.

Also, their company owner has been known to answer the customer care line, so the product support is definitely there.

If you just want a basic vape pen for concentrates, the O-Phos gives you plenty of bang for your buck. 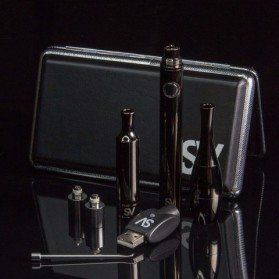 The Source Orb V2 was widely considered one of the highest rated wax pens on the market, and the V3 improves even further on the impressive performance of its predecessor. The star feature of the Source Orb V3 is its specially designed Quartz atomizer, which delivers flawless flavor and perfectly uniform vaporization with multiple consistencies of cannabis concentrate.

Source even includes 8 different atomizers to allow vapers to customize their vapor quality.

It also features a 20 percent deeper bowl for twice the effective wax capacity than the previous model. As if that wasn’t enough, the Orb also comes in a slimmed down Signature variant that includes a glass globe and a small metal carrying case, so it’s unquestionably the classiest wax pen on our list.

Power levels can be adjusted from 3.2 to 4.8 volts to control the heat of vapor and speed of vaporization as well as preserving battery life at lower levels.

Its stainless steel filling tool makes loading its concentrate cartridges easy, and the Ambassador also comes with a silicone  travel container so you can spread goodwill all over the globe with it by your side.

Oh, and speaking of the cartridges…did we mention they have a capacity of 0.5g each?

That’s a full gram of concentrate escorting you everywhere, so it’s great for those who don’t get a lot of time to sit and refill small metal chambers with a viscous substance.

The Micro G Wax Vaporizer Pen is a premium portable vaporizer that features a rubberized matte black exterior for added style and grip.

The Micro G is sized to fit in the palm of your hand, vaporizing concentrates quickly and effectively with its lithium battery powered heating element.

The Micro G was engineered by Grenco, and although it might not have the stage presence of the more well-known Snoop Dogg model, its lightweight, anti-spill design makes it a worthy choice as well.

You might notice that the O.pen from O.pen Vape is suspiciously similar to products like the eGo, and that’s because this wax pen is based on a very familiar platform.

Okay, it’s pretty much the same exact product: battery that screws onto a cartomizer.

Cannabis wax is one of the many alternative (and superior!) ways to benefit from the plant’s properties, and its no-fuss nature has made it the medium of choice for many smoking converts.

A wax pen can deliver an easy to use way to feel relief or enjoy a break anywhere, and with the number of options on the market, there’s bound to be one to suit your lifestyle.

One Response to Best 10 Wax Pen Vaporizers of 2017 & Reviews