California’s signature vapor liquid flows forth from the flavor labs in sunny Irvine, where Five Pawns continues to build a nationwide following for its gourmet E-Juices.

With the company’s name standing as tribute to the five traditional tastes of the culinary world, Five Pawns offers its labors up as tribute to its own esteemed customer.

Preamble aside, Five Pawns is well-known for its highly complex premium e juices.

They are be a bit more pricey than the discount bottles at your local shop.

Their steady stream of new customers and reputation in the vaping community seem to indicate that you get what you pay for.

We’re always looking for new flavors as well as new perspectives on what e liquid can be, and so a taste of the finer things in life with Five Pawns is exactly the kind of thing we do around here.

The signature series from Five Pawns is a celebration of flavor traditions, with each handcrafted juice taking a focus on one of the five basic elements of flavor.

This deep and sumptuous vape 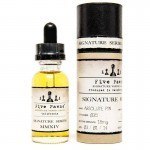 combines the bold spice of cinnamon with smooth Irish cream and caramel flavors, then adds a hit of the legendary liquid known as absinthe.

There’s no actual absinthe in the liquid, so don’t expect hallucinations or an inclination for writing 19th century literature, but the wormwood essence gives it an intoxicating profile all its own.

The timeless flavors of a gourmet after dinner mint are a hallmark of high class, and this flavor takes the combination to a whole new level.

It brings together rich chocolate flavor with the vibrant sharpness of mint, adding a French Vanilla undertone to make the experience all the more decadent. 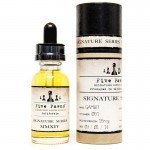 The juicy sweetness of apples is joined by a note of fresh baked crust and finished with caramel, French vanilla ice cream, and unsweetened whipped cream to elevate the flavor far beyond the typical kitchen window.

Many late night vapers find the combination of creamy peanut butter and bright banana to be an irresistible combination, but have never experienced it like this.

Grandmaster adds a chord of caramel flavor to the layers of richness to provide depth and balance. 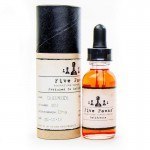 Best described as mature vintage Creamsicle, Queenside brings a medley of citrus essences together to support the bold blood orange that is the focus of this flavor.

A touch of French vanilla adds the classic creaminess that ensured a box of the frozen confections barely last a week in any American household.

The Mixology Edition was Five Pawns’ expansion to the original line of 5 flavors that represent the namesake of the company.

These flavors are created to pay tribute to iconic spirits from around the world. 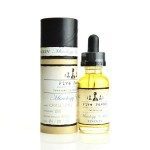 A limited edition version of the flavor, Castle Long Reserve, is aged in steel barrels and offered on a seasonal basis, so if you like this one stay on the lookout for the next release.

With the Brooklyn original known as the Lime Rickey in its’ DNA, Fifth Rank puts a new spin on the cocktail with the addition of sweet champagne to the lime and effervescence characteristic of the drink.

Five Pawns deepens this refreshing flavor with sweet cream, roasted almond and vanilla bean to create yet another new twist on an old favorite. 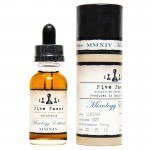 The complex and intricate profiles of dark spirits take the spotlight in this spiced rum tribute.

Ripe white peach and hazelnut work with these signature flavors to give the mouth-watering effect of homemade peach cobbler.

The surprising sweetness of black currant is the feature flavor in this adventurous combination of lemon zest, sweet fig, barley and cinnamon stick guaranteed to be the cure for the common flavor. 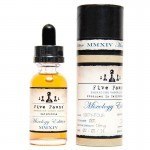 Lovers of the mojito can discover a fresh take on a familiar cocktail with Five Pawns’ Sixty-Four blend.

Grapefuit liqueur appears as a platform for lemon zest, cucumber, muddled mint and a touch of dill for an uncommon twang of flavor.

Black Flag Fallen is a special edition blend exclusively offered through Five Pawns’ website in limited quantities as well as in select vape shops around the country.

Aged in a stainless steel barrel until mature, Black Flag Fallen is like no other coffee vape we’ve ever had.

Combining the bold flavor of imported espresso beans with black truffle cream for a unique and delicious take on the café concept.

Every bottle is packed with a single premium espresso bean inside, and Five Pawns includes this bean to allow for added flavor harmonization during shipping and storage.

Five Pawns e juices come in just one size, 30mL, giving you ample resources to appreciate the subtleties of your chosen flavor.

Standard eJuices from the Signature Series and Mixology Edition are priced at $27.50 while a bottle of Black Flag Fallen is $30.

If you want to get your hands on a bottle of Castle Long Reserve when it comes around, your account will be $37 lighter for it, but we think it’s worth the difference.

Five Pawns also has a line of t-shirts, hats and other apparel along with its variety of eJuices.

These include several pieces celebrating the company’s most sought after offerings, Black Flag Fallen and Castle Long Reserve.

Five Pawns has a policy of shipping all orders the same business day as long as they are made before 1pm PST.

Delivery is free anywhere in the United States, and is typically made in 2 or 3 days after shipping.

For vape enthusiasts wishing to experience the full range of offerings from Five Pawns, the company also makes sampler packs.

Available in its Signature Series and Mixology Edition for 23.50 each, both of these two eJuice samplers include all 5 flavors in the flight, all in 4mL bottles ideal for the commitment-phobic.

Like fine spirits, all Five Pawns juices are made in small batches using the finest ingredients, and each bottle is stamped with an individual ID number as well as a lot number and manufacturing date.

All flavoring essences are natural and locally sourced whenever feasible, and juices purchased from Five Pawns contain a 50/50 ration of PG to VG and are pre-steeped for immediate release.

Get instant updates when we post new giveaways, reviews, vaping guides and industry news, as well as exclusive vendor discounts and coupons (so you don’t miss any awesome e juice or hardware deals)! 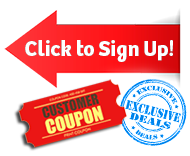 I think we can all agree saving money on vaping gear is about as cool as it gets. Click here to sign up and get those discounts!

We are very serious about privacy, and will never sell your email or spam you in any way.

The company is also running a special promotion known as Five Golden Rings that promises to bring the brand’s biggest fans closer to the company than ever before.

The lucky locators of these revered rings wins an all-expenses paid round-trip domestic flight to Los Angeles and a VIP day with the Five Pawns crew.

They also get a guided tour and private tasting at their pseudomagical chocolate factory eJuice manufacturing facility.

is a vendor with local pride and a national reputation, and that’s a surefire recipe for a successful company. Although Five Pawns may not have the selection of many competitors, the company wisely takes a note from another California institution.

In-N-Out serve just a few items that are better than pretty much anybody else’s.

Their line of premium eJuices is well worth the investment for the discerning vaper, and after our Five Pawns review we feel confident in recommending their products to connoisseurs of fine eJuices.

We recommend picking their sample packs to help decide which of their fantastic eJuices are right for you!

Don’t forget about entering into our free Monthly Giveaway Here!