The IPV D2 mod review features the newest mod in the Pioneer4You line the IPV D2. I am really excited that I was able to get my hands on one of these great mods and that I am able to offer this vape mod review to you.

The Pioneer4You line has been around for a while and quickly is rising as one of the innovative brands in the vaping world to bring you another elite temp control mod. 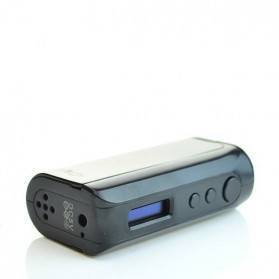 If you are up to date on vaping news you will realize that the IPV mod brand has been known for getting started with the newest products and features in the business.

For a while it appeared that they were going to be on a more level playing ground with their competition, but now that the IPV D2 mod has been announced and is set to release you will see that they are pulling ahead once again.

One thing that you will notice from when you first see the IPV D2 mod is that it looks so great. It has an appearance that is unique and that I certainly appreciated.

I think that this mod looks cool and sleek which is something that I always look for in my mods. So to understand where Pioneer4You is coming from with the IPV D2 mod you must first realize that it is the updated model of the iPV Mini V2.

The biggest difference between the two is that this newer mod features a special temperature control that utilizes the YiHi chip and has a new Joules mode. Now there are a few things that might change before the official release of this mod as the company still has it under development.

What I do know is that this mod is awesome as is which means if they make improvements you are going to be even happier with what you end up with. The YiHi platform that is in use is one of the top platforms for vaping.

This mod might look like it is not going to be quite big enough to do the work that you need but do not worry, it is going to offer you a full vaping experience like you have been looking for. One of the best things that I like is that the materials have been updated and the mod is no longer made from aluminum.

This is something that I personally do not like to vape with so using new materials makes me a happy vaper. The IPV D2 mod really features everything that you are looking for in a temperature control mod.

You will have the high wattage that you have been looking for, temperature control, the use of standard wires, and a great appearance. You will love vaping with this mod and you will love knowing that you are vaping safe.

Plus you will love that it comes to you at an affordable price, which is always nice. Rhyming is fun. The IPV D2 is a 70W box mod that has more power than many of the other temperature control mods that are on the market today.

This mod features a single battery so it is small in size but do not let that fool you. You will find that even though it is small, it is certainly mighty.

It can do anything that other 70W mods can while still offering you the protection that only temperature control mods can offer. Particularly Impressive Features

Everything You Need to Know About Temperature Control Mods 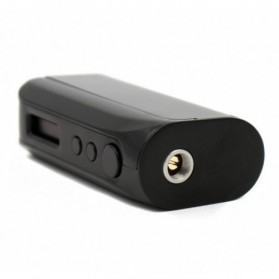 So many people do not understand just what they need to know about temperature control mods. They do not know what they are.

In fact temperature control mods are exactly what you think. They are mods that can control the temperature so that coils in your atomizer do not get too hot.

This means that when you are using your mod that these things are never going to go above that temperature.

So many people do not understand why they will want to use a mod that has temperature control. Some recent scientific studies showed that there is a chance of formaldehyde being produced when you are vaping.

Of course things are not as bad as the media has portrayed them, but you should know that there are some real risks associated with vaping.

The thing is that if you are using a temp controlled mod then it is not something that you will ever have to worry about again.

You might be wondering where the formaldehyde is coming from as well.

They are completely harmless when they are in their natural form and part of the compound materials but as they separate themselves they can become dangerous.

Now if you are freaking out a bit and starting to think that maybe you should not vape, I will remind you that there is cyanide in apricot seeds.

The cyanide does not break free in your body so it is nothing to worry about. Just like under normal vaping conditions, this is not a fear that you should really worry about.

However with mods becoming bigger and producing more heat there is cause for some concern. This is where temperature control mods come into play.

Now of course you might notice if you are playing around with your mod that the coils become red hot. However if there is a wick that has been soaked with e-liquid then it is not something that you really have to worry about.

The e-liquid helps you to keep the coils cooler. However as you continue to vape your wick can dry out. This can cause your coils to get too hot which can burn the wick.

When this happens the first thing that you notice is a very nasty taste.

Now the thing that you might not realize is that at this temperature you might actually start to cause the PG and VG to break down which can cause you to have formaldehyde molecules released into your lungs.

This is when vaping can become dangerous. Does this mean that you should stop vaping? Absolutely not but it does mean that if you want to be assured that you never have to deal with this issue then you should pick up a temperature control mod.

This is going to help you to ensure that you are always safe and that there is no chance of harmful chemicals entering your body. In short the mod is not going to ever get hot enough to produce these harmful chemicals.

The voltage is going to be decreased when the resistance is increased so you will have the safe and secure temperature where you can vape freely. This will keep the temperature at or below where you have set it. 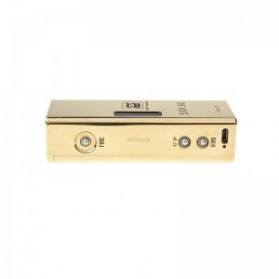 The IPV D2 mod is the newest temperature control mod that is set to be released soon to the market. This box mod vape has so many features that you are going to love.

It has a full 75W of power which is not the case with most temperature control mods.

This mod has a lot of improvements over other mods because of the great features and great style. I love how the mod looks too and find that it is one of the most attractive mods on the market today.

It is small enough to be easy to handle while still offering you everything that you are looking for. The mod also features a number of things that you have come to expect from a great mod.

The power buttons and other adjustable buttons on the mod are high quality and work well.

They are easy to push and click and you will really love using them. In addition it is light weight and with just one small battery the battery does not add to the weight of the mod.

The mod features the latest technology with the YiHi chip.

This chip is the number one chip for temperature control. Of course since these have not been released yet you will need to be watching for their official release.

There are some stores offering presales so you can check those out as well.