Visit any forum or look in any comments section that mentions vaping and you’ll see that the question of second hand vapor smoke is a polarizing subject.

So much so, that arguments are pretty much the norm.

While research is still being done on the effects of vaping and its safety, people still want to know – is second hand vapor smoke dangerous to others?

According to a study in correlation with the Clearstream Air Project, the following components were tested and are the ingredients in an electronic cigarette:

What was concluded in this study is that there was no harm found to others by breathing e cigarette 2nd hand vapor.

Let’s take a look at each component

Carbon Monoxide is a deadly, colorless, odorless, poisonous gas. It is produced by the incomplete burning of various fuels, including coal, wood, charcoal, etc.

However, a paper published by Drexel has shown that this is not an ingredient or component in electronic cigarettes at all.

Nitrogen dioxide , or NO2, is a gaseous air pollutant composed of nitrogen and oxygen.

NO2 forms when fossil fuels such as coal, oil, gas or diesel are burned at high temperatures.

Acrolein is an unsaturated aldehyde (an aldehyde also containing a carbon-carbon double bond).

Poly-aromatic hydrocarbons are a group of over 100 different organic chemicals formed by incomplete combustion of organic compounds.

PAH compounds are not specific to tobacco smoke and are given off in vehicle exhaust, industrial pollution, and ingested when we consume foods like charbroiled meats.

Total Organic Carbon is the amount of carbon bound in an organic compound and is often used as a non-specific indicator of water quality or cleanliness of pharmaceutical manufacturing equipment.

Nicotine is a toxic colorless or yellowish oily liquid that is the chief active constituent of tobacco.

It acts as a stimulant in small doses, but in larger amounts blocks the action of autonomic nerve and skeletal muscle cells.

Glycerin is a vegetable based compound and Propylene Glycol is another one.

PG is also used as an active ingredient in fog machines used in industry, nightclubs, and theaters.

Now, all of these ingredients sound horrible but according to the U.S. National Library of Medicine and 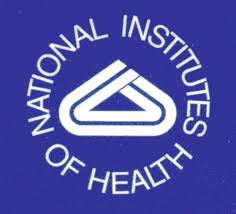 “Existing evidence indicates that EC use is by far a less harmful alternative to smoking.

There is no tobacco and no combustion involved in EC use; therefore, regular vapers may avoid several harmful toxic chemicals that are typically present in the smoke of tobacco cigarettes.

Indeed, some toxic chemicals are released in the EC vapor as well, but their levels are substantially lower compared with tobacco smoke, and in some cases (such as nitrosamines) are comparable with the amounts found in pharmaceutical nicotine products.”

What this means is that the harmful ingredients are lessened by electronic cigarettes which means that they are not only theoretically safer for you, but the exhaled ingredients should also be less harmful.

In fact, what is exhaled is vapor and even with proponents claiming that Propylene Glycol is harmful, this is the same thing you find in smoke machines at a concert.

The other issue is that other research articles state that E-liquids contain four ingredients: a PG and/or VG base, nicotine, water and flavorings.

The base, or carrier, holds the nicotine and flavor in suspension so your e-cigarette can produce those nice clouds of smoke-like vapor.

Both propylene glycol and vegetable glycerin are non-toxic organic compounds and generally considered safe for consumption.

In fact, they are widely used as food additives in a variety of commercially available products.

So Then, What’s the Problem?

If many studies have shown that there are no harmful ingredients exhaled, just as many articles state that since we do not have enough research on this relatively new way of smoking, there is no real knowledge on whether or not it is harmful.

What many see as the problem is that while these devices may be cleaner and safer than traditional cigarettes, in a room full of people vaping, the air cannot be as clean as, simply put, clean air.

What many feel that is another issue is that the government doesn’t have their finger in this pie yet.

Meaning that since e cigarettes are not regulated by the FDA and there isn’t a tax on them like traditional cigarettes then perhaps the reason there is so much interest on their safety is something more than simply being proactive when it comes to everyone’s health.

That can change since the FDA has issued a proposal to regulate products that meet the legal definition of tobacco and this includes electronic cigarettes.

Unfortunately, this has causes some areas to simply ban them in public places.

This includes the states of Utah and New Jersey, so far.

The other problem is misinformation. Simply performing an Internet search on the effects of second hand vaping will grant you hundreds of articles with information that isn’t true at all.

However, you’ve surely seen the same articles on your friends’ social media pages.

They may be trying to help, but a lack of knowledge is not only harmful but can hurt the chances of using electronic cigarettes in the future.

So, What’s the Verdict?

We side on the research that states that secondhand e-cigarette smoke isn’t dangerous to others.

Vapor is what is exhaled and the only thing that another person should get from that is the smell of their flavored juice, nothing more.

In fact, “A recent study by Consulting for Health, Air, Nature, & A Greener Environment, LLC (CHANGE) and Center for Air Resources Engineering & Science (CARES), Clarkson University, the effects of second-hand vapor was found to have “No Significant Risk” to harm other people.