The authentic Kamry 20w mod is a powerful box mod that isn’t overly expensive yet it has a lot of features that make it worth the investment.

Not only does it have variable wattage up to 20 watts, it also is compatible with 0.3 ohms to 3.0 ohm atomizers.

It has a myriad of features that you’ll like but it has a price point that is perfect for most any budget, whether you’re new to vaping or just want something stylish, full of features, and inexpensive.

In this Kamry 20W review, we’ll take a look at everything this compact box mod has to offer. 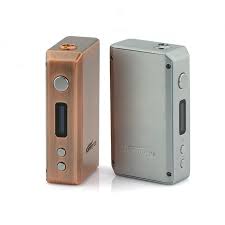 One thing that is nice about the Kamry 20 is that it is much lighter than some box mods. While it is similar to the iTaste MVP 3.0, it’s much lighter.

This is because the Kamry is just supposed to create vapor and there is not a battery bank in addition to being a mod.

The Kamry only takes the single 18650 battery, making it easier to handle and has a lighter feel.

This makes it better for portability and carrying around wherever you go.

The dimensions make it a tad wider than the similar mod, the Smok 30W, but you won’t notice a huge difference to be honest and you still get a comparable performance.

What Comes in the Box?

If you’re wanting this one, you are probably not the person who wants a ton of power but 20 watts is ample enough for anyone who wants to just enjoy their vape and isn’t dead set into cloud chasing.

The small box mod is powered by a 10A 18650 2000mAh internal battery that can be charged via the cable provided in the box.

Guess what? The threading is a 510 connection but did you expect anything different?

With that said, that’s good news because just about every atomizer will fit and that makes it easier to have a ton of choices in which one you want.

This is especially helpful if you already have a favorite.

So while we might make jokes about it being the same as most other box mods, that’s really a good thing.

This is really splitting hairs but it’s not going to sit as flush as some others.

You will see that it has three channels for improved airflow and also a spring loaded positive pin.

The Look and Feel of the Kamry 20W 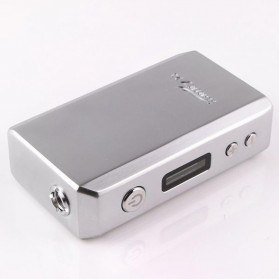 The Kamry 20W has a solid feel to it and looks aesthetically pleasing.

It’s available in copper and silver and made out of high end aluminum.

The look is conservative but classy and minimal, which a lot of people like better than something that has a ton of the manufacturer’s designs or logos.

The imported OLED screen shows you everything you need to know at a moment’s notice such as:

And of course, it displays the battery level, wattage, voltage, and resistance.

It’s easy to read and that’s always a good thing because how helpful is the information on your screen if you can’t read it?

However, you do have a little bit of a choice in how you want it to look because with the silver option, your buttons are going to look uniform and blend in.

With the copper however, you’re going to see more of a contrast where the buttons stand out on their own so whichever pleases you more aesthetically, is the one to choose.

It’s not the same thing as having a ton of color choices in your device but it is a subtle factor that does look classy no matter which color you like.

Safety is always important when it comes to any device but especially box mods.

In term of safety, the Kamry 20W comes with high temperature protection and short circuit protection.

When the device’s temperature reaches over 70 degrees Celsius, it will automatic shut down.

The Kamry 20W can tell when your atomizer’s resistance is too low and prevents circuits from shorting. It can detect high temperatures as well as low voltage.

These are issues that can damage your device but with these fail-safe protections, you can rest assured that nothing should happen.

In fact, the Kamry 20W won’t turn on if you have not attached an atomizer. 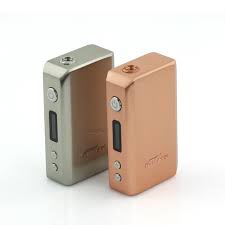 Honestly, this is a pretty good deal on a nice, compact box mod.

The Kamry 20W box mod isn’t going to cost you a fortune, it has pretty much all of the same features as similar mods, and it’s eye-catching.

If you want something that feels nice, isn’t too bulky or heavy, won’t make your wallet empty, yet has up to 20 watts of power and gives you plenty of vaping flavor then the Kamry is an excellent choice.