If you’re an avid vaper and looking for a remarkable new product that innovates the way you smoke, then the VaporFi

The SMOK X-Cube ULTRA 220W Box Mod is an amazing addition to the X-Cube series. This power-packed mod has an

If you’re looking for the most anticipated device to hit the vaping market with the latest technology, you’re going to

SMOKTECH H PRIV is the latest addition to the e-cigarette segment. It is not only a classy-looking piece but with

The IPV5 is the perfect vaping device for advanced users. It is designed by Pioneer 4U and is an evolutionary 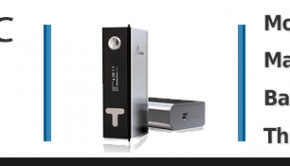 HCigar is following up the release of their extremely popular VT40 with the brand new HCigar VT200 box mod. The 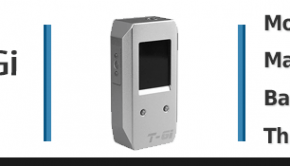 The Arctic Dolphin T-Gi 150W mod is a high end box mod that comes to you at a reasonable price. 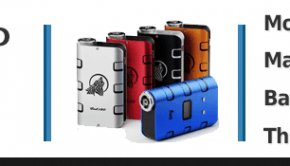 The SMY God 180w is built as the industry’s premier portable vape. Maker Simeiyue is no stranger to the high-wattage

The Majesty 150w box mod is one of the most affordable choices for today. At such an affordable price this box 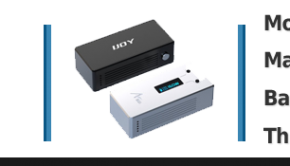 The new A160W from IJoy is not only the most accurate box mod out today, it’s also the smallest high 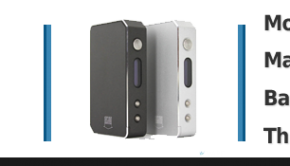 The latest high-powered offering from the emerging vapesmiths at Pioneer4you, the IPV3 Li 165w mod brings a host of upgrades

As the arms race for most impressive specs in the Wild West that is the developing vape industry rages on,